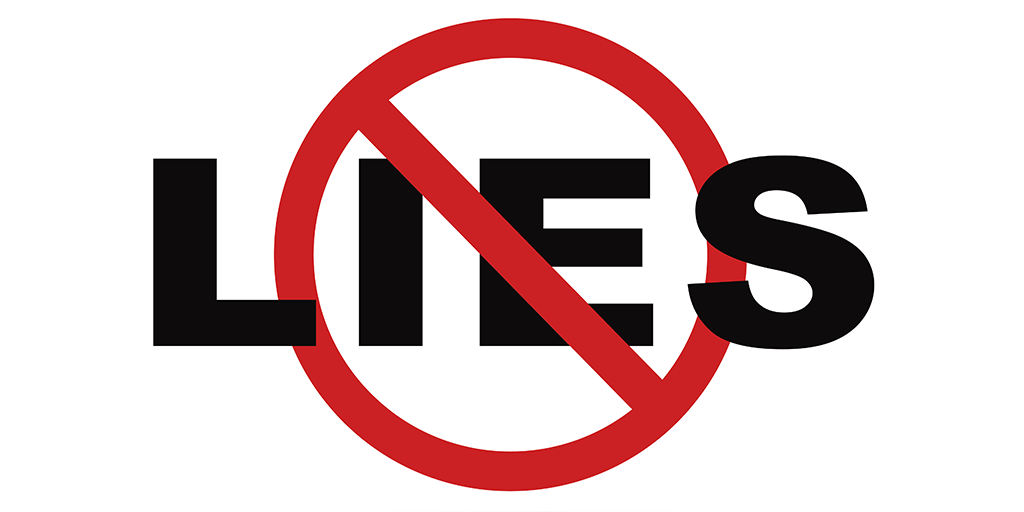 In part 1, I spent a little time talking about the devil being not only a liar, but the father of all liars! I would like to in this section discuss who else is a liar. We know that Satan came to Eve and beguiled her and then Adam into eating the fruit of the tree of knowledge of good and evil. Yes, Adam and Eve’s eyes were indeed opened to the knowledge of good and evil for we see immediately Adam tries to not only blame Eve but God for him falling into sin!

What I find rather shocking is that it didn’t take very long for man to easily fall into being able to lie, for after Cain slew his brother Abel, God asked Cain what happened and Cain answered in Genesis 4:9, “And the LORD said unto Cain, Where is Abel thy brother? And he said, I know not: Am I my brother’s keeper?” This ability to tell a lie is a part of our sinful nature in which we constant battle against, Romans 7:24, “O wretched man that I am! who shall deliver me from the body of this death?” Only the power of the Holy Ghost can free us, Romans 7:25, “I thank God through Jesus Christ our Lord. So then with the mind I myself serve the law of God; but with the flesh the law of sin.”

Lying was such an issue that when the Ten Commandments were handed down we have a commandment in dealing with it, Deuteronomy 4:20, “Neither shalt thou bear false witness against thy neighbour.” Jesus told us where this ability comes from in Matthew 15:19, “For out of the heart proceed evil thoughts, murders, adulteries, fornications, thefts, false witness, blasphemies:” Revelations tell us that liars are equal to murderers in the eyes of God in 21:8, “But the fearful, and unbelieving, and the abominable, and murderers, and whoremongers, and sorcerers, and idolaters, and all liars, shall have their part in the lake which burneth with fire and brimstone: which is the second death.”

In our day it seems that people have become so used to lies and lying that a second thought is not given to it. It used to be that politicians and salesmen were considered skillful of telling non-truths (not all politicians and salesmen are liars). Now its just common place, it’s been even said if you really believe the lie is true that it isn’t really a lie. We used to swear on a bible with fear as a symbol that we would be telling the truth, but people will even swear to God, even though it may be blatant lie!

I wonder what would happen if what occurred in Acts 5:1-10,“But a certain man named Ananias, with Sapphira his wife, sold a possession, And kept back part of the price, his wife also being privy to it, and brought a certain part, and laid it at the apostles’ feet. But Peter said, Ananias, why hath Satan filled thine heart to lie to the Holy Ghost, and to keep back part of the price of the land? Whiles it remained, was it not thine own? and after it was sold, was it not in thine own power? why hast thou conceived this thing in thine heart? thou hast not lied unto men, but unto God. And Ananias hearing these words fell down, and gave up the ghost: and great fear came on all them that heard these things. And the young men arose, wound him up, and carried him out, and buried him. And it was about the space of three hours after, when his wife, not knowing what was done, came in. And Peter answered unto her, Tell me whether ye sold the land for so much? And she said, Yea, for so much. Then Peter said unto her, How is it that ye have agreed together to tempt the Spirit of the Lord? behold, the feet of them which have buried thy husband are at the door, and shall carry thee out. Then fell she down straightway at his feet, and yielded up the ghost: and the young men came in, and found her dead, and, carrying her forth, buried her by her husband. And great fear came upon all the church, and upon as many as heard these things.”

Lord, help us to guard our tongues and never bear false witness against God and our neighbor in Jesus Name!

Been a Christian for 35+ years, a Pastor for 15+ years with the emphasis on teaching the word of God from sometimes a different point of view than was taught. Have authored 4 books to this point. Am Married and have 6 children, 13 grandchildren View all posts by jman9582015